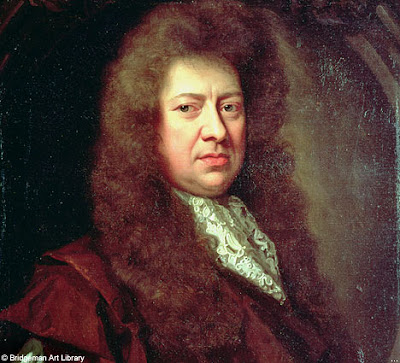 Samuel Pepys mentions oysters frequently in his diaries. He also records twice buying pearl necklaces, one for £4/10/- in 1660 and then six years later another for £80. More frequently the mentions illustrate the way in which oysters were part of a gentleman’s life. In 1660 he was at sea:

“In the afternoon the Captain would by all means have me up to his cabin, and there treated me huge nobly, giving me a barrel of pickled oysters, and opened another for me, and a bottle of wine, which was a very great favour.”

And then a few days later, we discover he was not such a great sailor, but oysters were a catch-all cure all anyway:

“This day, about nine o'clock in the morning, the wind grew high, and we being among the sands lay at anchor; I began to be dizzy and squeamish. Before dinner my Lord sent for me down to eat some oysters, the best my Lord said that ever he ate in his life, though I have ate as good at Bardsey. After dinner, and all the afternoon I walked upon the deck to keep myself from being sick, and at last about five o'clock, went to bed.”

Bardsey might have been the holy island off north Wales, or nearer and perhaps more likely Bawdsey in Suffolk, either way, both would have had copious resources.