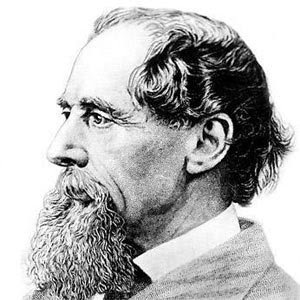 “Not a very nice neighbourhood this, sir” said Sam, with a touch of the hat, which always preceded his entering into conversation with his master.
“It is not indeed,Sam,” replied Mr Pickwick, surveying the crowded and filthy street through which they were passing.
“It’s a very remarkable circumstance, sir,” said Sam,“that poverty and oysters always seems to go together.”
“I don’t understand, Sam,” said Mr. Pickwick.
“What I mean, sir,” said Sam, “is, that the poorer a place is, the greater call there seems to be for oysters. Look here, sir; here’s a oyster stall to every half dozen houses. The streets lined vith ‘em. Blessed if I don’t think that ven a man’s wery poor, he rushes out of his lodgings and eats oysters in reg’lar desperation.”

Dickens also in a Christmas Carol characterizes the oyster as:

“Secret, and self-contained, and solitary as an oyster”.

He also wrote a short story called Love and Oysters which he later re-titled The Misplaced Attachment of Mr John Dounce who gave up his friends and family for his infatuation for an oyster girl who refused his advances.