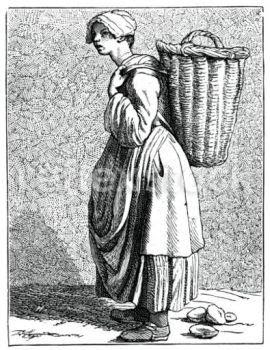 Scotland too had an oyster history in the Firth of Forth which it defended fiercely. When Essex boatmen came apoaching, they were bombarded with stones. Where today a sign reads not to eat the fish caught in the waters, in the late 1800s, as many as 30 million oysters were taken a year.

The oyster girl with her creel was a familiar sight doing her rounds of the tenements. Some of this culture was caught in song, the oyster humbled to just two letters in the dialect as o’u:


At night round the ingle sae canty are we,
The oyster lass brings her treat frae the sea;
Wi music and sang, as time passes by,
We hear in the distance the creel-lassie's cry.