D'Artagnan and the greening of oysters 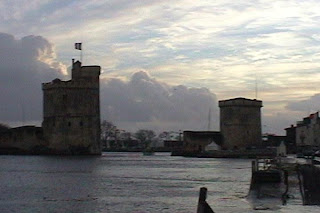 From the Charente to the Gironde is an open oyster garden in the sea, at the heart is the Marennes-Oléron, famous for their greenish hue, caused by a single celled algae which forms on the bottom of the oyster parks in spring and colours the waters. There is a fable that surrounds the alleged discovery of this algae.

When the port of La Rochelle was besieged, which would date the discovery about 1627 (along with that of D’Artganan and the Three Musketeers who also fought there), some oysters were stashed away in the salt marshes for safekeeping. When they were retrieved, everyone was surprised at how they had turned green, eventually succumbing to the temptation to eat them. They found the flavour more delicate and subtle almost like liquid hazelnuts.

Although it turns the oyster green, the French call it blueing but have so far failed to explain or be able to replicate it in other bays or parks or even guarantee that the effect will reappear in the same park next year. Further south at Arcachon there is a similar effect, but these beds are now mainly used as a hatchery to supply the rest of France.

In the Mediterranean there are historic waters at Thau, where the Bouzigues oysters are grown on lines suspended near the surface of the water, which allows them to fatten faster than on sea beds because the natural plankton concentrates towards the surface, not the bed. The demarcation here of Special is kept for the smaller oysters harvested, which are then held back and put back in the waters for another year.
Posted by drew smith at 01:42