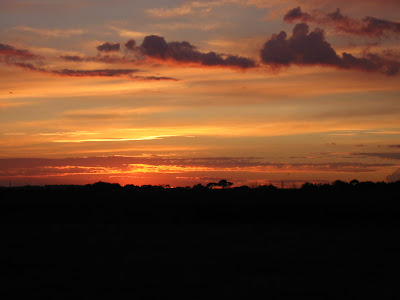 The other critical factor was sewage. The boom in oysters brought more people to the dockside, more people needed more housing. The waste they generated was tipped into the waters to wash away. It seems even that perhaps in the mid 1850s, town planners might have believed that such waste might enrich the oyster beds, that the municipality in some cases even believed that possibly the oysters would filter this waste in the same way that they filtered other impurities. Too often the oyster beds seemed to be the locations identified for the outlet of sewage pipes. The sewage works at Colchester were built next to the fish market at Hythe. Barking municipal authorities put their waste on barges and dumped it on the oyster layings off Southend.

A man called Outing had first discovered that if he bought oysters from Cancale and Poole and laid them on the mudflats they would flourish and fatten off quickly. He started in 1855 and soon had a tram taking 467 tons of oysters to Billingsgate and nine years later the figure was 704 tons. But by 1872 the pollution was so bad the beds were dead, although oysters were laid up at nearby Hadleigh until 1903.

The height of the Essex oyster industry was 1894 when 2.7 million oysters were dredged, the next year it was 3 million, but already the seed of its destruction had been laid.

In 1895 an inquiry found that untreated or inadequately treated sewage pipes were pouring out effluent across some of the finest oyster bearing creeks in the estuary. An outbreak of typhoid was linked to oysters from Brightlingsea Creek, outside the Colchester fishery, but the damage was done. The public started to question its taste for oysters.

Worse was to come from Emsworth in Hampshire.

Oysters had been fished in Emsworth and Warblington near Portsmouth for centuries. There had been a major Roman villa on the site. The Emsworth Oyster Dredgers Co-operative was established in the 1870s to improve and protect the industry. In 1788, 7,000 bushels of native Emsworth oysters were raked and dredged by a dozen master fishermen. The oyster industry flourished as did shipbuilding.

The reputation of the Emsworth oysters brought poaching fleets from the east coast and France. When oysters became scarce the smacks would go to France and bring back spats to grow near the quay in the village. In 1901 between 300 and 400 people, out of a population of some 3,000 were employed in the oyster trade.

From the earliest times drains from all the homes around the harbour ran down to the water, and the waste was taken by the ebb tide. Emsworth was one of the first places to join their drains together and untreated sewage was emptied over the oyster beds.

This story has been embellished over the years to record the death of the Dean of Westminster and the Mayor of Winchester, but in fact only four people died and none seem to have really been the dean or the mayor. Emsworth oysters were served at two separate mayoral banquets on November 10, 1902 at Southampton and Winchester. Everyone who ate oysters fell sick and four people at the Winchester ceremony later died.

The beds were closed. The waters were consigned to their current fate to be used by hobby sailors and the houses would eventually be sold to weekenders and retirees.

The closure of beds was a recurring theme. Local authorities no longer it seemed had much enthusiasm for the oyster beds and closure was a quick solution and certainly a cheaper one than being sued by the oystermen for polluting their beds. Or worse run the risk of being sued by parishioners for poisoning them. So the strange anachronism of English law again, meant that the polluter could simply invoke public health laws and write off the problem rather than make any attempt to deal with the cause, which was the council’s own sewage system. The oystermen faced an authority that was perpetrator, judge, jury and jailer. The councils locked up the oyster beds in the name of public safety, closed them and threw away the keys.

In nearby Shoreham, the beds had already been exhausted before typhoid became a concern. The railways attracted an influx of fishermen from East Anglia and brought a sudden if short lived prosperity to the town - 20,000 tons of oysters were sent to London from Shoreham in 1869 hauled up by 295 boats. There was an oyster pound for underwater storage of oysters in the River Adur at Ropetackle. By the turn of the century they were all but fished out.

The beds at Exmouth were fished out by the 1880s and only used afterwards to fatten on oysters from Falmouth.


The Thames was a bigger and slower death. It had perhaps further to fall. A government rport of 1911 declared: “Oysters are more valuable than any other single product of the fisheries and in at least 25 countries are an important factor in the food supply”. World consumption was estimated at 10 billion oysters. It was said 150,000 people were employed directly and hal;f a million indirectly.

Typhoid was not the oysterman’s only fear. Typhoid from an oysterman’s point of view was a small problem. The oysters could be moved to cleaner waters and would quickly free themselves of the disease.

The beds became prey to a new predator. The voracious slipper limpet had been accidentally imported from Connecticut attached to a cargo of Blue Points. The limpet does not harm the oyster directly. But it is a hungry feeder and competes for food and space. Its faeces muddied the estuary floors. The limpet is in fact also edible, but it is so difficult to get out of its shell that the French have since developed a technique to harvest it and use it as marine manure sold to farmers.

Another unwelcome immigrant was the oyster drill. The drill is a snail. It secretes a chemical to soften the shell of its prey and then inserts a long, toothed structure that extends from its mouth like a file, to drill a hole in the tough oyster shell. It then puts its face into the hole and feeds on the soft meat of the oyster.

Restrictions on fishing during World War One allowed the limpet to overwhelm the oyster beds to the point that sales in 1920 were less than half those of 1898, and in 1930 only a seventh. In 1920, Ministry of Agriculture and Fisheries officials removed 2,000 tons of slipper limpets from the mouth of the fishery.
Posted by drew smith at 02:47