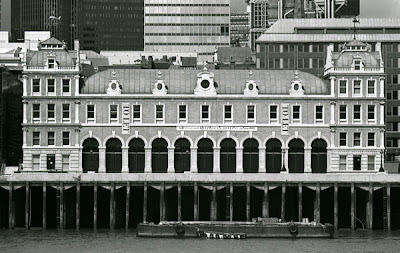 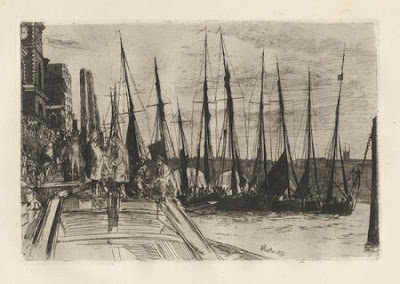 WS Gilbert was amazed by the dynamism and size of Billingsgate Market.

“With regard to the oyster trade, suffice it here to say that the smacks and other vessels, when they arrive, are moored in front of the wharf, to form what is called "Oyster Street." The 4th of August is still "oyster day," as it used to be, and it is still a wonderful day of bustle and excitement at Billingsgate.

Then on following up a market report he conjectured: " These figures nearly take one's breath away. What on earth becomes of the shells of five hundred million oysters, and the hard red coats of the eighteen hundred thousand lobsters and crabs, besides the shells of the mussels, cockles, and winkles, which are not here enumerated? Another learned authority, Mr. Braithwaite Poole, when he was goods manager of the London and North-Western Railway Company, brought the shell-fish as well as the other fish into his calculations, and startled us with such quantities as fifty million mussels, seventy million cockles, three hundred million periwinkles, five hundred million shrimps, and twelve hundred million herrings. In short, putting this and that together, he told us that about four thousand million fish, weighing a quarter of a million tons, and bringing two million sterling, were sold annually at Billingsgate! Generally speaking, Mr. Poole's figures make a tolerably near approach to those of Mr. Mayhew; and therefore it may possibly be that we Londoners---men and women, boys, girls, and babies---after supplying country folks--- eat about two fish each every average day, taking our fair share between turbot, salmon, and cod at one end of the series, and sprats, periwinkles and shrimps at the other.
Posted by drew smith at 09:01