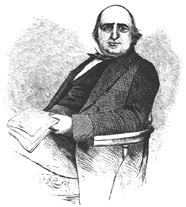 Henry Mayhew’s chronicles of London street life in the 19th century London Labour and The London poor were probably used for reference by Dickens. He said the oyster trade was one of the oldest in the city. Oysters were bought off the smacks moored at Billingsgate or further west less so at Hungerford, where Charing Cross Station now stands. Or else they were hawked around the streets. He mentions in 1848 the arrival at Borough market of much larger oysters, called Scuttlemouths brought from the Sussex coasts – presumably some new discovery of an ancient bed - which were highly fashionable for a time, largely because they were a cheap street food, known as coarse oysters, having very thick shells and less meat, possibly what the French refer to as a pied de cheval (horse’s hoof), not dissimilar to the ones the Kent oystermen disparaged from Cancale. His descriptions are precise

“The costermongers have nicknamed the long row of oyster boats moored close alongside the wharf “Oyster Street”. On looking down the line of tangled ropes and masts, it seems as though the little boats would sink with the crowds of men and women thronged together on their decks. It is as busy a scene as one can well behold. Each boat has its black signboard and salesman in his white apron walking up and down “his shop”, and on each deck is a bright pewter pot and tin covered plate, the remains of the salesman’s breakfast...the red cap of the man in the hold bobs up and down as he rattles the shells about with his spade. These holds are filled with oysters – a grey mass of shell and sand – on which is a bushel measure well piled up in the centre…”

Mayhew is also capable of daring insights into the people behind his portraits. He quotes a well bred lady who has come on hard times and turned to selling oysters in the street describing her custom:

“It's not a very few times that gentlemen (I call them so because they're mostly so civil) will stop -- just as it's getting darkish, perhaps, -- and look about them, and then come to me and say very quick: `Two penn'orth for a whet.'
“Ah! some of 'em will look, may be, like poor parsons down upon their luck, and swallow their oysters as if they was taking poison in a hurry. They'll not touchthe bread or butter once in twenty times, but they'll be free with the pepper and vinegar, or, mayhap, they'll say quick and short, `A crust off that.'
“I many a time think that two pen-n'orth is a poor gentleman's dinner.”

Mayhew estimated that 3500 costermongers could have been involved in the trade in London, picking up barrel loads from the boats and hawking them around the streets or selling on to “oyster rooms” or to servants who would take them back to larger houses for elegant dinners. In some taverns it is even suggested oysters were offered free on the bar to encourage drinking.