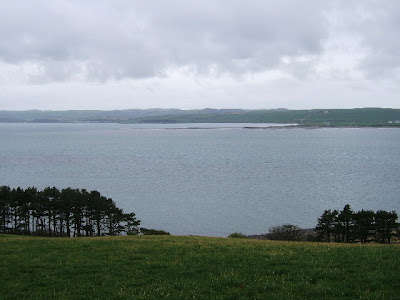 Pollution with heavy metals killed the Firth beds beds. Ultimately the shipbuilding that was set up to support the oystermen, outgrew the trade and killed it.

Loch Ryan, near Stranrear survives. Ryan is now the largest fishery in Scotland. It was bequeathed to the Wallace family in 1702 by William 111. At its height, in 1910, more than 30 boats worked the waters taking 130 tonnes a year, but stocks declined and in 1957 it was handed over to the Scottish Marine Biological Association to see if sustainable oyster growing could be revived. It has slowly been brought back into production by the Colchester Oyster Fishery and then Loch Ryan Shellfish. Further north oysters have been cultivated at Kilbrandon off the West Coast and at Loch Fyne and sold out through their restaurant chain
Posted by drew smith at 03:59