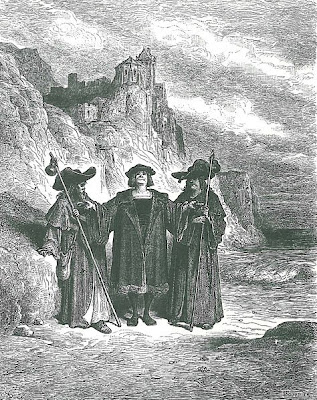 France is a world leading producer and consumer of oysters, especially at Christmas when traditionally the habit from around Arcachon is widely adopted around the country and they are served on the shell with little crepinette sausages (truffled for Christmas), bread, and the local white wine Entre Deux Mers.


For a nation that prides itself on its gastronomy, it is encircled by oysters and in the language there is a poetic affection, even in the rhyming of the disease “maladies des branchies”, or the study of shellfish “conchyculture”. There is a sense of closeness and linguistic enjoyment.

Two old French fairy stories by La Fontaine have the oyster playing the central role, the one of the rat being caught in the shell of the oyster may have an element of truth to it; the other = above - has two pilgrims arguing over who should eat an oyster they have found. They ask a passer-by who promptly adjudicates by eating it himself: A moral for those wishing to join the French court.
Posted by drew smith at 09:22